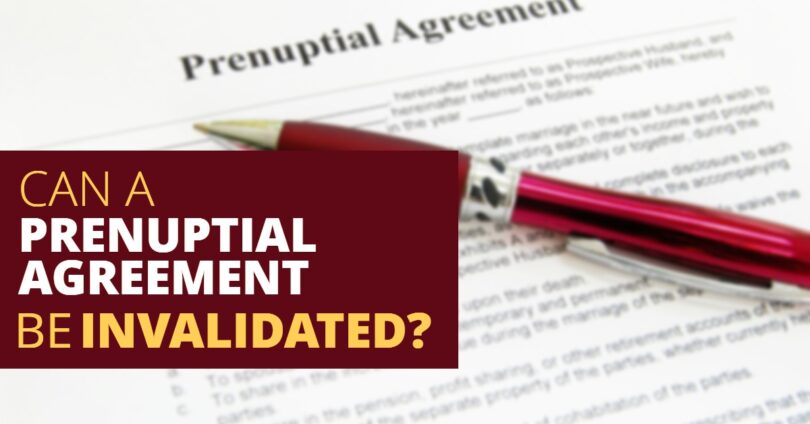 High asset divorces often involve determinations concerning the enforceability of prenuptial agreements. While such agreements can be an effective way for parties to decide the financial consequences of a divorce prior to getting married, there are limits to how far courts will allow them to go.

O’Daniel v. O’Daniel, 2013 WL 3282920 (Tenn.Ct.App June 26, 2013), is a good recent example of the public policy considerations that can limit the enforceability of prenuptial agreements.

In O’Daniel, the parties had signed a prenuptial agreement providing that, if they divorced after five years of marriage:

to the extent allowed by law, each of the parties shall waive any right of support, maintenance or temporary alimony which he or she may be entitled to receive from the other as provided by law.

Shortly after the marriage, the wife was diagnosed with a serious illness that required several hospitalizations. The husband was a successful businessman.The trial court upheld the provision waiving alimony.

As a general rule, Tennessee courts enforce a prenuptial agreement if the party seeking enforcement demonstrates that the agreement was entered into freely, knowledgeably, and in good faith and without the exertion of duress or undue influence.

However, the Court of Appeals went on to find “that the enforcement of the waiver of alimony provision will probably result in Wife becoming a public charge,” and struck down the waiver based on the following:

the exception to the general rule of enforce-ability of waiver of alimony provisions in prenuptial agreements: where circumstances have changed over the course of the marriage such that enforcement of the agreement would be unconscionable or unfair because enforcement would likely result in a disadvantaged spouse being unable to provide for his or her reasonable needs.

Bottom line: if the courts are faced with the choice of your supporting your disadvantaged former spouse or the state’s doing it, you will likely be the one writing the checks, not the taxpayers, and an alimony waiver in a prenuptial agreement will not spare you the expense.